After a long time mothballed in a top secret hangar back at Signal Studios, here finally is some of my work on this amazing project! I did UI concept, and final composites when my modeling team was done. A great dev experience on a killer prototype!

This wild battle panorama seamlessly tiles with the one below. We used the art as a long-scrolling backdrop for our UI.

The second half of the battle panorama shows Hunters and Dracons at war! 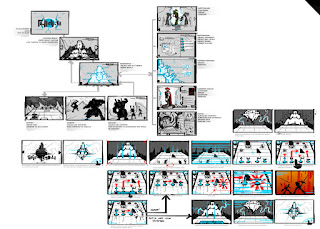 A few of the game flow boards I did to visualize play sequences. 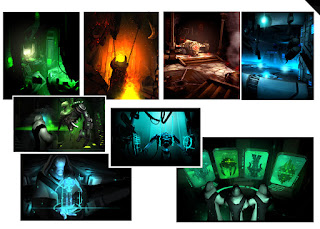 Some of the many composited UI frames seen in game. 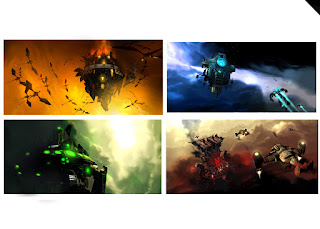 These composites were used as UI backdrops after a battle. 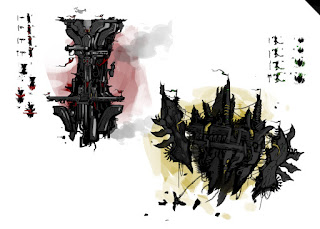 The Imperial and Dracon fortresses. 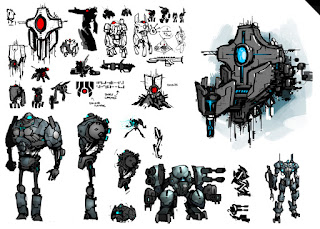 The Hunters, an army of AI-controlled robots.

Some of the action icons I did for the game's UI. 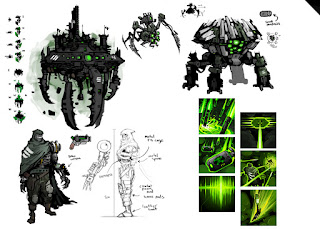 The Shadows, or Salvagers are scavenged space junk.

Posted by Brandon Gillam at 3:10 PM